Is the Metaverse Really the Future of the Web?

In June 2021, Mark Zuckerberg said that Facebook would evolve from a social media giant to a company that is all about the metaverse.

That was when Facebook changed its name to Meta, which means Facebook is betting on the large-scale adoption of the metaverse.

Epic Games, Disney, and others also announced they are transitioning to the metaverse in similar ways.

Many in the social media and tech industries have speculated what the metaverse will look like and what will be in it.

It sure seems like Zuck is betting the farm that the metaverse experience will define the Internet in the future. But is this a sure thing?

The idea of merging the online and physical worlds has been a goal for years and the term ‘metaverse’ has been with us for decades.

Let’s explore what the metaverse is and what it means to the future of the Internet.

What Is The Metaverse?

There is no single definition of the metaverse yet but think of it as a 3D, fancier version of the Internet. It’s a large network of simulations and 3D objects and worlds that support a continuous identity with unique objects, payments, history, and more.

Others say the metaverse is essentially the Internet and computing generally in 3D, which is viewed as the next evolution of the online world. They view it as a place with depth like our world, where you exist in your digital life. It’s a place where you exist as an avatar and you interact with other avatars.

Facebook makes it simpler, saying it’s a number of virtual places where users can create and explore with others who aren’t near them physically.

Also, the metaverse is viewed as the next evolution of entertainment, gaming, partying, fashion, education, and more.

In the education sphere, think of it as learning how to dissect a frog by really doing it (online), instead of reading about it in a book.

Is It A Video Game?

The metaverse is more all-encompassing than a mere video game. But the gaming world already seems to operate in a basic version of the metaverse.

Consider the popular online shooter Fortnite. Players have an avatar they choose to interact with other avatars. They also earn currency online that lets them access new benefits for their online avatar.

Tech experts say the metaverse will enhance the VR experience as it exists today and expand it. They say users will be able to exist in VR and do everything they can do in the real world, such as host parties, buy real estate, and even get married through an avatar.

Maybe the closest current version of the metaverse as conceptualized isthe game Second Life. Second Life is a simulation that lets you live in virtual reality. Your avatar can eat, shower, shop, and pretty much do whatever you do in the real world.

How Do You Get To The Metaverse Right Now?

Many people have bought into the metaverse concept, with at least 10 million Oculus devices sold so far. Of course, for it to gain wider acceptance, the $399 cost of the Oculus headset may need to decline.

Today, the architecture of the metaverse resembles the App Store at Apple. There are several platforms that offer the VR metaverse experience. There also is extended reality and augmented reality. Each of these versions is similar to various apps you can purchase in the App Store.

But as of now, there isn’t one portal that gives you access to the metaverse.

Why Use The Term Metaverse?

After all, the Internet, obviously, exists with websites, mobile apps, and many services. Isn’t it possible to include VR on the Internet, too?

Some in the industry like the term ‘metaverse’ because it’s completely different from the Internet. Using the ‘metaverse’ term allows people to understand what an evolution it is from the modern Internet.

It’s also speculated that using the new term metaverse lets companies avoid the heavy hand of federal regulation, for now. The metaverse can probably exist for several more years before the feds will catch up with the regulations.

Will We Live In The Metaverse In A Few Years?

Some experts have chimed in that a large number of people will exist in the metaverse by 2030. But the idea is still vague and needs some fleshing out for its potential to be maximized.

The initial challenge will be for people to have access to the hardware needed to get to the metaverse. As of now, that hardware is in limited supply and expensive.

There also is the need to be interoperable, which means being able to take VR possessions, such as a car or a pair of jeans, from platform to platform. Many metaverse experts think this feature is vital for the metaverse to really be the future of the web.

Legal and commercial roadblocks may impede the transfer to the metaverse. What’s more, we don’t even know if most of us will want to exist there at all.

Maybe the metaverse will be an on and off kind of experience – where we don a VR device for a few minutes but we don’t ‘live’ there extensively. Or perhaps we’ll look back in years and be astounded that people never lived their whole lives in the metaverse.

Future of the Metaverse

There is much excitement about the metaverse, with much of it coming from a lot of hype by social media and tech companies.

Whether any current organization’s idea and vision for the new metaverse is possibly or will get enough market share isn’t known.

However, there’s so much still in the early stages with the metaverse, all most of us can do right now is observe and wait and see what unfolds in the metaverse world.

Let us Develop Your Metaverse

Are you looking for software developers to help take your plans into the metaverse?

Contact us today about custom software development for your next metaverse, AI or VR project! 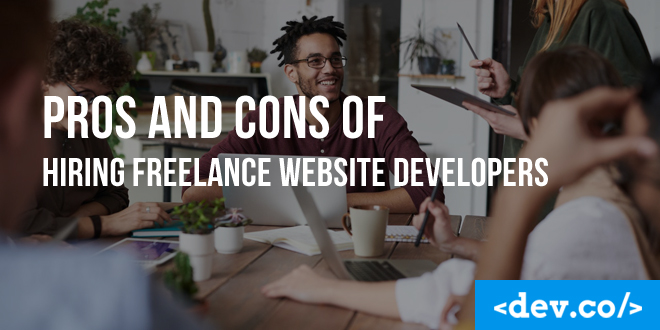